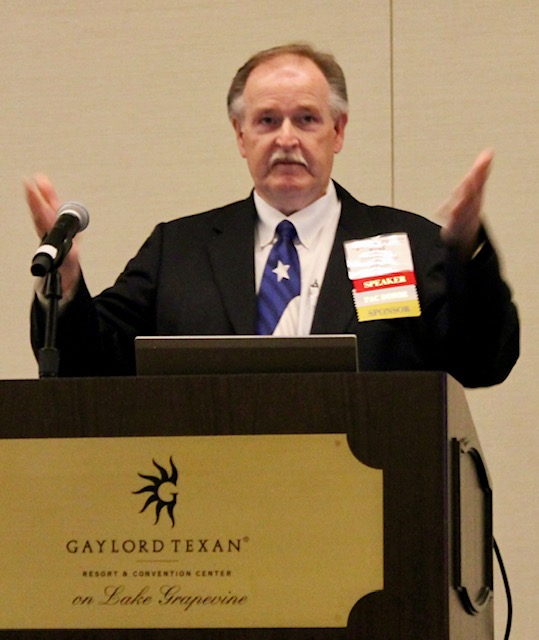 TLSN General Manager, Brad Seymour was honored to be a guest speaker at the Texas Statewide Telephone Cooperative, Inc (TSTCI) Annual Meeting in Grapevine on Oct 5.  Mr. Seymour reported on TLSN’s new Strategic Plan to bring more value to the 41 TLSN Member Companies.  Mr. Seymour reported on TLSN’s investment in its IP/MPLS Core to deliver ever increasing IP bandwidth at lower rates to the Members across the entire network.  My Seymour also spoke of ongoing network upgrades for 100G wavelength service.  TLSN will also be adding staff in the new year to support the business growth plans.

TLSN has enjoyed a close business relationship with TSTCI for many years.  TLSN greatly appreciates TSTCI CEO, Weldon Gray, CPA and his leadership.  Mr. Gray always brings together knowledgeable speakers on timely issues affecting the TSTCI Members, who are in most cases TLSN Members …

TLSN is proud to announce the completion of 6.5 miles of fiber construction in Southeast Austin’s industrial area which completes an Austin metro ring.  Using existing fiber in place from downtown Austin, TLSN’s new metro ring connects the SE industrial area to downtown.  The metro ring is 22 total miles and provides diverse entrance facilities into TLSN’s Austin POP located in the Data Foundry Texas 1 data center at 4100 Smith School Road.  The ring will be used for TLSN’s strategic customers in the area.

TLSN moved into the Data Foundry Texas1 facility in Nov 2012.  We are proud to be located in this world-class state-of-the-art data center and have the ability to connect any of our customers state-wide to utilize Data Foundry’s services. 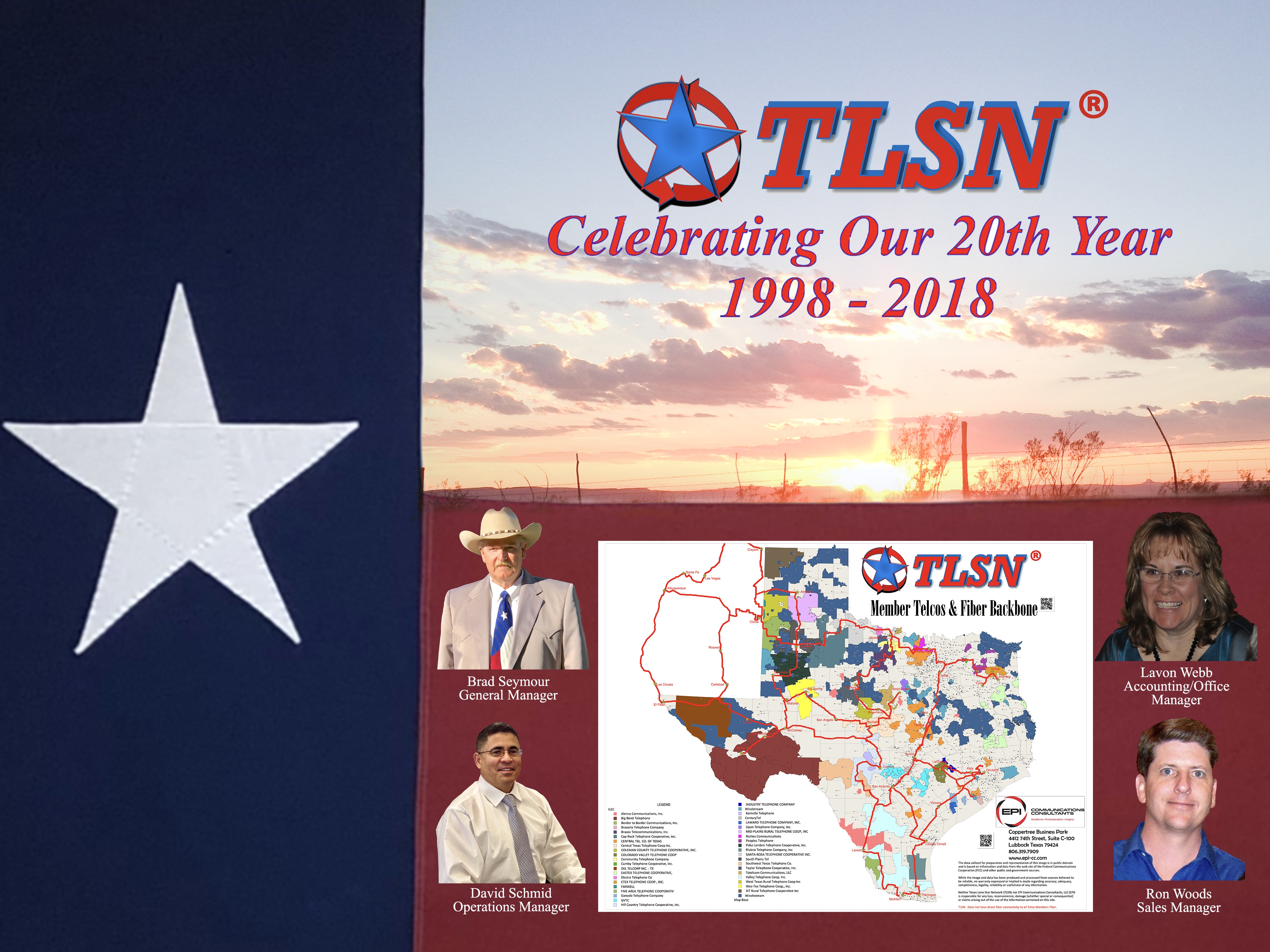 TLSN is celebrating our 20th year of serving our TLSN Members and customers.  TLSN started in 1998 with 7 Board Members: Robert Hunt (GVTC), Charlie Gowder (Valley Tel - GRCI now VTX), Danny Kellar (Coleman County Tel), Tim Humpert (Community Tel), Jim Miller (Kerrville Tel now Windstream), Max Newton (Peoples Tel) and Delbert Wilson (Central Texas Tel).  The Board hired Brad Seymour to coordinate with the Texas telcos to connect their fiber networks together to create a statewide network.  In 1998, it was our goal to create an OC48 SONET network.  Brad also worked with the Members to aggregate and establish Long Distance services.  In 2000, the Board hired Russ McNeil as General Manager.  Russ moved the office to Marble Falls where it is still located.  Russ retired in late 2005 and the Board promoted Brad Seymour to General Manager.  Brad coordinated with the Members to …

Jamey Wigley Elected to TLSN Board of Directors

TLSN is proud to announce that Jamey Wigley, General Manager at Central Texas Telephone Cooperative was elected to the TLSN Board of Directors at our Annual Meeting on June 14 at South Padre Island. Jamey has worked at CTTC for 27 years and served as the GM for the past 14 years. We are excited to welcome him and look forward to working with him. Jamey is filling the position vacated by Cliff Humpert who decided not to run for re-election. We appreciate Cliff's service on the Board and wish him all the best.

TLSN is proud to congratulate Delbert Wilson and all of his fine team of employees at Hill Country Telephone Cooperative (HCTC) on their launch of the new HCTC Data Center in Ingram. As many rural telcos are seeking and evaluating new revenue generating services, we applaud Delbert’s leadership in building for HCTC’s future. Be sure to click on HCTC’s link below which will take you to HCTC’s website for much more information on the HCTC Data Center and their new headquarters office. HCTC will be glad to provide you a tour of their new facilities if you would like to visit. You can contact:

At HCTC, we recognize that your business relies on communications and information to be readily available at all times.  Therefore, we have …

INDATEL celebrated its 10 year anniversary at the INDATEL Summer Symposium in Kansas City on June 14 & 15.  TLSN has been an INDATEL Member since day one.  Retired TLSN General Manager, Russ McNeil along with Max Huffman who was then at Missouri Network Alliance and Scott Hoffman with Wisconsin Independent Network started INDATEL in 2006.  INDATEL Members now cover 27 states.  Check out www.indatel.com for more info on this great organization.